Four levels contain processing facilities and living quarters for 120 workers. It will operate in the DF13-2 gas fields of the South China Sea. The high-pressure and high-temperature fields are expected to release 43,400 barrels of oil-equivalent per day at peak. 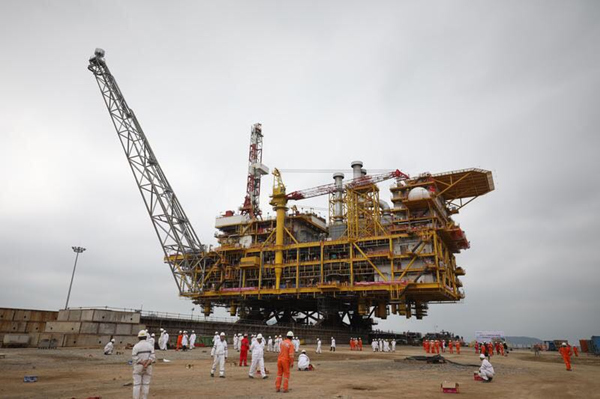 With highly integrated systematic engineering, the superstructure was manufactured at the company's fabrication yard in Gaolan Port. One of the largest in the world, the yard is specifically designed for large-scale module fabrication and assembly.

COOEC-Fluor has multitasked from design to purchase and construction while handling tens of thousands of materials. Even with the tightest schedule, more than 800 workers operated large-scale hoisting machines, performed high above the ground, tested high voltage systems, and fulfilled many other tasks. Zero accidents were reported during 2.3 million working hours, according to Wang.