Home> Rich in Culture>Join in

After the opening ceremony at Doumen Stadium Square (斗門區體育館廣場) on Xidi Road (西堤路), the main venue, 1,500 performers, a bunch of them students, marched to GoTone Square (全球通廣場) on South Guangchang St (廣場南街). Long queues developed of those eager to see 36 thematic performances presented in 13 matrices. 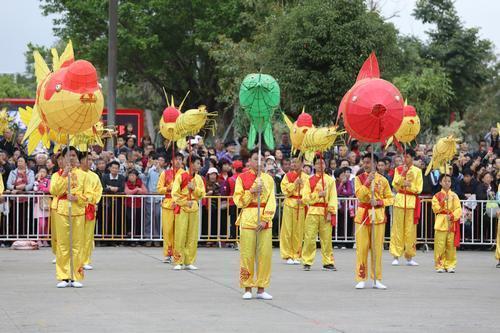 Fut Gar (a Buddhist martial art), and fan and lion dances were performed as well, with floating fish and shrimp paper lanterns adding atmosphere. The charms of Chinese cheongsams, a ladies' garment, were also demonstrated. 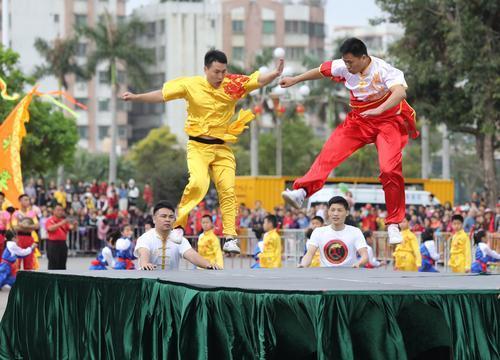 Those attractions were complemented by shows from other cities, some debuting in Doumen. Chief among them was Yunfu City's Thatch-Dragon Dance, presented solely by female performers from Liantan Town. Its uniqueness is due to flexible dance movements and rhymed gongs and drum beats accompanied by uplifting suona music.

Future inheritors of folk arts being cultivated throughout Doumen schools were given opportunities to practice. They will add to the vitality of local traditions, according to an organizer. 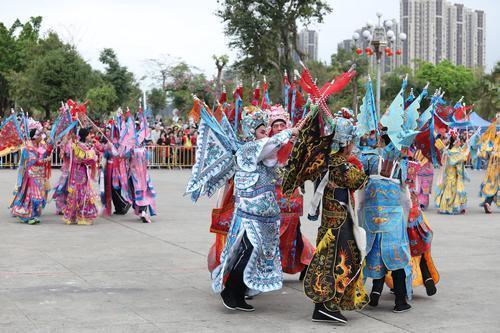 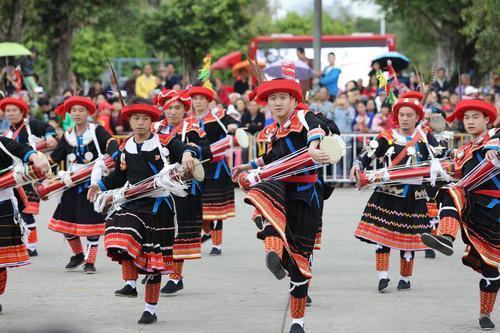 The 15th Doumen District Folk Art Parade will kick off at 9:30 am Sunday, Feb 17, from Doumen Stadium Square (斗門區體育館廣場) on Xidi Road (西堤路) and march down to GoTone Square (全球通廣場) on South Guangchang St (廣場南街), with 1,500 performers of all ages, 13 matrices featuring 37 themes, and more visitors than ever.