Zhuhai Hi-Tech Industrial Zone companies Meizu Technology and Essex Bio-Pharmaceutical were honored in Beijing on Jan 8 for having made remarkable contributions to China's scientific and technological progress.

Meizu Technology is located in the Technological Innovation Coast of Tangjiawan. The mobile-phone manufacturer won the prestigious award for key low-cost and environmentally friendly high-permeability magnetic substrate technology that allows for mass production and breaks an international technical monopoly.

The achievement is a collective outcome by Meizu Technology, the University of Electronic Science & Technology of China, Chengdu JC Electron Technology, and Shenzhen Zhongtian Xun Communication Technology Shares. It has been adopted by such renowned enterprises as Huawei, Xiaomi, and Amphenol, with products sold in a dozen countries and regions, including the US, Europe, Japan, and India. 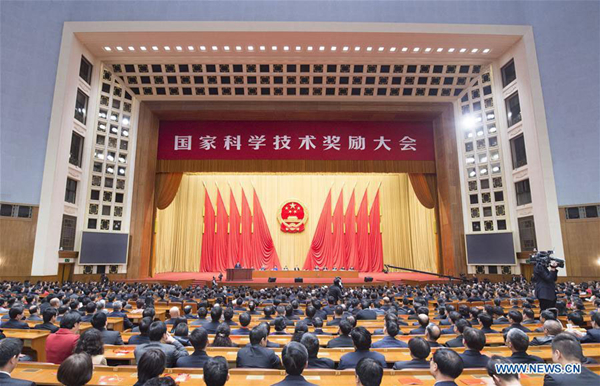 Essex Bio-Pharmaceutical also had been awarded third prize of the State Science & Technology Progress Awards in 1999, and second prize in 2004.

There were 45 Guangdong projects honored at the conference -- two in natural science, seven in technology innovation, and 36 in science and technology progress. In all, 280 projects were recognized, and millions of yuan were awarded.