In becoming the largest commercial airline pilot training center in Asia, Xiangyi Aviation Technology in Zhuhai has turned out 130,000 aviators in the past five years and is readying this year's third new flight simulator.

The center is currently debugging its 27th simulator, this one for the fuel-efficient Boeing 737-800. It is also the first of four simulators to be provided by L3 Commercial Aviation of England. Arriving in 2019 is another Boeing 737 RealitySeven and two Airbus A320 simulators. This is the first time that Xiangyi has purchased simulators from L3.

"We look forward to dramatically increasing our training capabilities with these new quality devices, which will complement and aid the training that we provide our pilots," said Zhe Chen, general manager of Xiangyi. 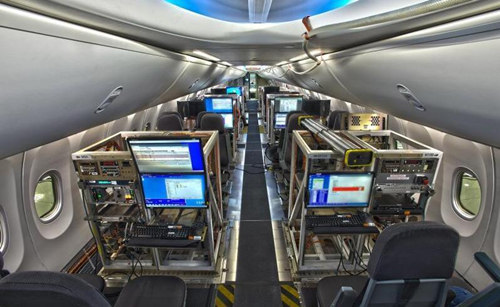 Located in the Zhuhai Free Trade Zone across from Hengqin, Xiangyi outgrew the China Southern Airlines Flight Training Center that opened in 1992 at Jianye 3rd Road in Jida. Since 2002, it has been a joint venture of China Southern Airlines and Canada's CAE. Headquartered in Montreal, CAE has the largest civil aviation training network in the world.

Xiangyi has full flight simulators of major aircraft from Boeing and Airbus as well as for regional planes and helicopters.

A new 737-800 full-flight simulator cost just over $12 million when Xiangyi ordered one from CAE in 2005. These days they could cost $30 million or more. Meanwhile, a new B737-800 passenger jet reportedly cost $96 million last year. By July 2018, nearly 5,000 of the jets had been in service and they had become the most common of all narrow-body aircraft.

China Southern Airlines, which is expanding and modernizing its fleet, is scheduled to take delivery of 309 aircraft over the next three years.